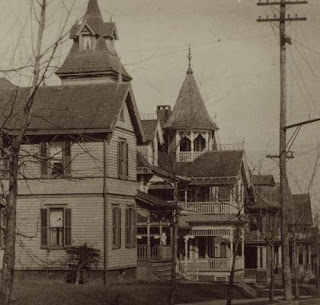 These splendid Victorian era mansions remain towering over the west side Jewett Avenue between Maine Avenue and the Boulevard.
The latter has always struck me as the entrance to Westerleigh, the old National Prohibition Campground Association development.  It's hard to imagine a group of Americans actually dedicating themselves to any sort of restraint these days. 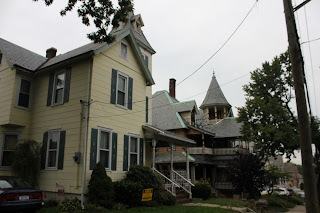 The older pictures were taken in 1905.  The Beers' Map from 1874 only shows empty lots owned by a Smith family.  The temperance group didn't start buying property until around 1877 so this makes sense.  They do appear on the 1917 map but there're no owner names listed. 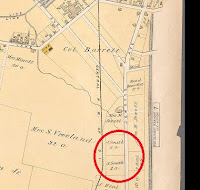 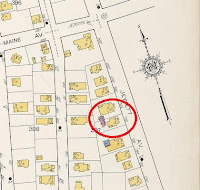 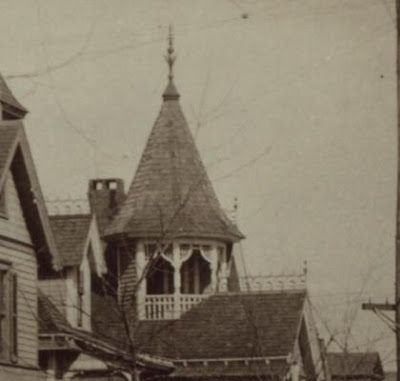 Though they still stand, much of their period detail, like on so many of the houses I post about, has been stripped away.  The little architectural fripperies that enhanced the already considerably character of these houses has been worn away by time and, I imagine, expense. 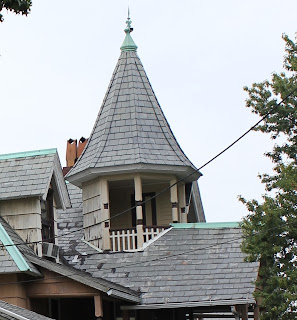 Still, while occasional tear downs still happen in Westerleigh, the neighborhood still preserves much of its 19th century feel and is more than well worth several drives through.
Posted by The Wasp at Friday, October 07, 2011 2 comments: