Another Business Gone the Dodo Way

The intersection of Port Richmond Avenue and Richmond Terrace is a place I've gone to for pictures and postings several times before. I keep finding new (old) vantage points it's been shown from and it keeps fitting into new ideas for posting topics. 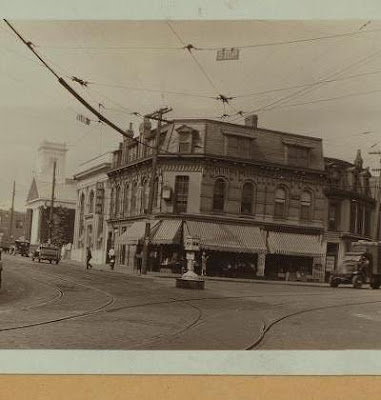 Upon the slightest bit of research I discovered that the two banks are really one. In 1902 the Port Richmond National Bank was founded and in 1926 it renamed itself the Staten Island National Bank and Trust Company. It ceased to exist when it was acquired by Chase in 1957.

April, 1930 - Looking north along Port Richmond Avenue at the two banks from alongside the Dutch Reformed Church's cemetery 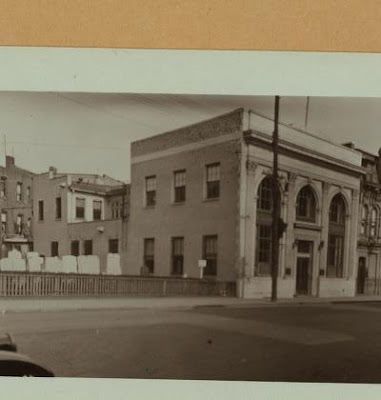 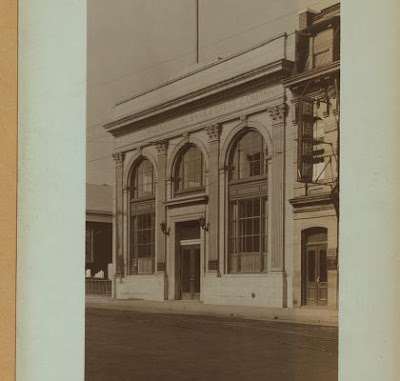 April, 1930 - A close up of the Staten Island National Bank and Trust Company

If you see the bank from Richmond Terrace you can see where a teller booth for cars was added in what I imagine was an effort to modernize the bank and attempt to keep it going as foot traffic died on Port Richmond Avenue in the late seventies. In the google picture there's a black van parked in the old drivethru and the booth is the low building to the van's right.

I've been away for awhile. The luminous Mrs. V and I took and extended road trip west through Ontario and America's northern tier to Glacier National Park in Montana. I strongly recommend it to anyone with the slightest interest in seeing some of the country's most beautiful places.


In an effort to work something in with the heading I'd already come up with I glommed some pictures (the usual then/now sort of things) of businesses that are no longer with us even if the skeletal remains of their structures linger on in some reconfigured fashion. They reflect a pre-mall/shopping plaza era when the businesses people frequented were only a close walk, or at worst, a short bus ride away. While I miss the personal quirks of small, neighborhood stores, their higher prices and smaller selections make me not miss them that much. 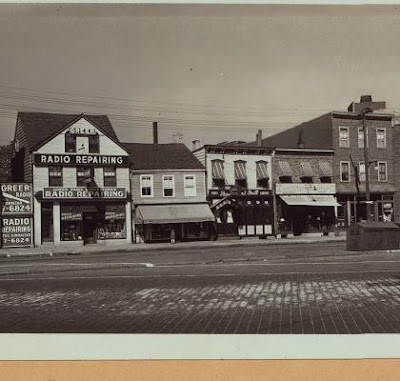 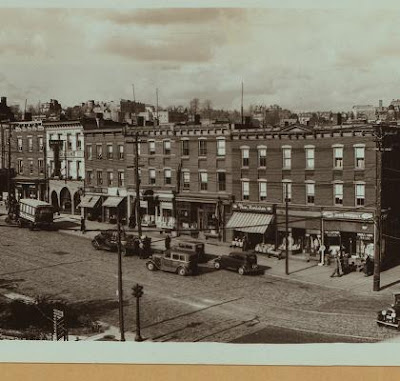 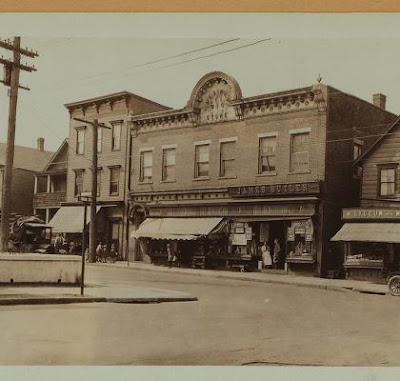 Morningstar and Innis, Elm Park - 3/24/28 - The curved section of the cornice on the building in the center reads "Bodine's Big Store".