So I'm just a great, big, doofus, dummyhead. Or some such listing of adjectives denoting my idiocy. The pictures didn't upload because I made the original scans too big. Blogger handles up to 8mbs and they're something like 22. It always pays to actually look at what you're trying to do and not just assume it's going to work out OK.
Posted by The Wasp at Tuesday, April 28, 2009 No comments: 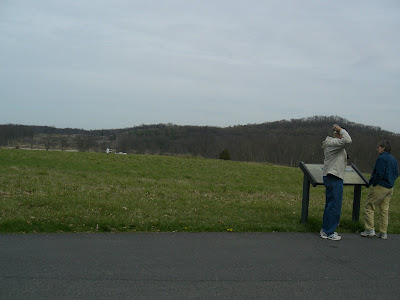 Little and Big Round Tops

Last week the luminous Mrs. V and I took a short trip down to Maryland, West Virginia and Pennsylvania. The primary goal was to see the Gettysburg and Antietam battlefields and we accomplished that. We'd wanted to take a run through Baltimore but rainy weather made us decide to drive down to Harper's Ferry for a quick look and then head home through the mountains, down in Harrisburg and then home on 78.

We went first to Gettysburg and the weather was perfect - comfortably warm and a sunny sky. We spent the money for the museum, movie (Sam Waterson now sounds like a crazy monkey when he plays Lincoln) and cyclorama. Then, in our trusty silver Honda Fit, we took the self-directed tour around the most of the battlefield (we got hungry and skipped on Culp's Hill and Cemetery Ridge). 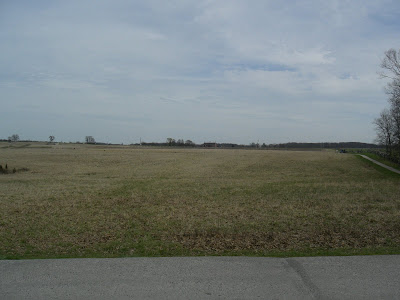 The field of Pickett's Charge from the Confederate perspective 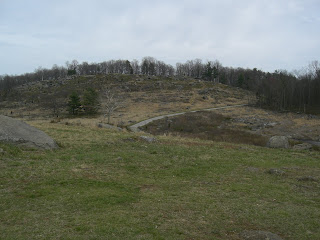 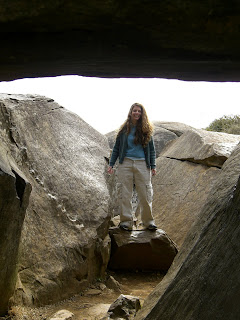 Devil's Den and looking at Little Round Top from the west

From there we drove north along where the Union center was located, stopping at the Pennsylvania State Memorial and finally at the Copse of Trees.

Referred to as the "High Water Mark of the Confederacy", this was where a few elements of Pickett's Charge broke through the Union center for a few moments before being stopped.
It's also where the 111th New York Regiment, was located. That was the unit served in by my great-great grandfather, John F. Robinson and presumably the point from which he killed several Confederate soldiers.

The most heart stopping thing about walking old battlefields is the eventual realization that the pretty landscape your touring was covered with blood and shattered men. It's a struggle to picture the green hills of southern Pennsylvania covered with 150,000 men and the fields shrouded by gun smoke and the constant ear shattering sounds of cannon fire, but it does come.
Posted by The Wasp at Tuesday, April 28, 2009 No comments:

Pictures won't upload to blogger. I actually have things to post today. Arrgghhh!!!
Posted by The Wasp at Thursday, April 23, 2009 No comments:

Well this made me sad. 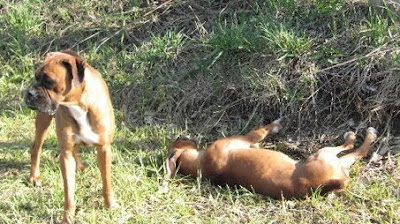 Yesterday I was able to make some time and spend a few hours looking at the microfiche of the WPA photos of all the block and lots on Staten Island, circa 1939.
I was unable to find the exact pictures I went there looking for (I need to do a little more prep work beforehand next time) but I did end up with a great collection of pictures from various areas of the North Shore. Hopefully tonight will see me get them scanned, posted and annotated.
Posted by The Wasp at Thursday, April 02, 2009 No comments: