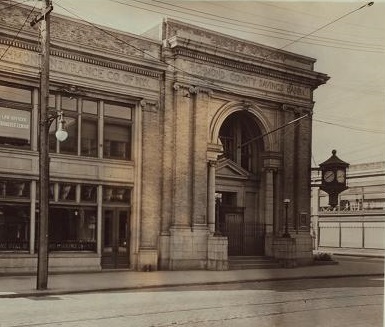 Standing at the corner of Castleton Avenue and Taylor Street, this 1930 picture gives us so much more than just a great shot of the Richmond County Savings Bank.  There are several little details worth examining. 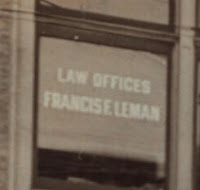 In the window at the center left of the picture is a sign advertising the law offices of Francis F. Leman.  I couldn't find much information about him, but in 1920 he had an office at 1619 Richmond Terrace (which was right next door to the Richmond County Savings Bank's office).  According to the American Lawyer he was was from Mariners' Harbor and admitted to the bar in 1894.  I'm sort of

At the top of the building with Leman's offices it reads Richmond Insurance Company of NY.  Again, I don't have many specifics concerning the institution, but it was chartered in Illinois. 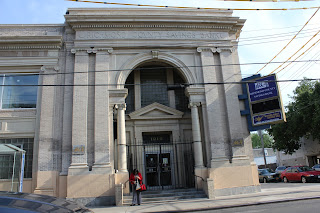 Finally, there is the Richmond County Savings Bank.  The bank was found in 1886 just a few blocks away in the Odd Fellows Hall at Broadway and Richmond Terrace.  Today it's one of several divisons of the New York Community Bank. 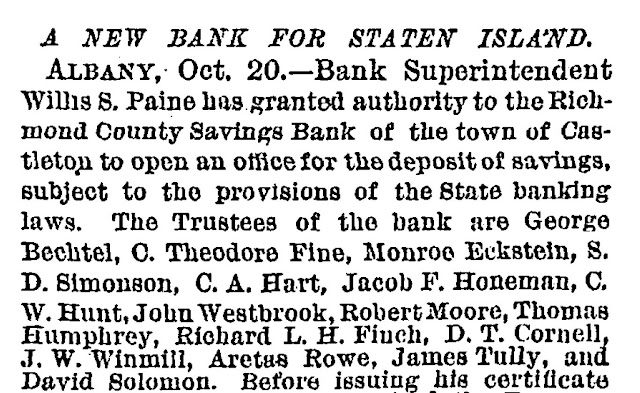 
The fact that such an impressive neo-classical design is parked on such a grubby commerical strip is a testimony ot how much that part of West New Brighton's changed over the last eighty years.  Once upon a time there were nice department stores, bakeries and movie theaters.  Today, it's not quite the same. 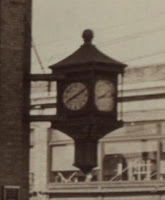 The bank itself is stripped some of its old architectural charm.  The entrance lamps are gone.  The beautiful clock is now replaced with an ugly light up plastic sign.  It's a rare building on the Island from so long ago that seems able to hold on to the little exterior frills that help make it special.

So there's another bit of old time Staten Island for you.  Someday I need to get pictures from inside these institutions.  This and the Stapleton SI Bank & Trust are beautiful inside.  So, I guess I got to work on that.

We Have A Winner.

There's no exclamation point because, while we have a winner, we really didn't have much participation.  It makes me a little sad. 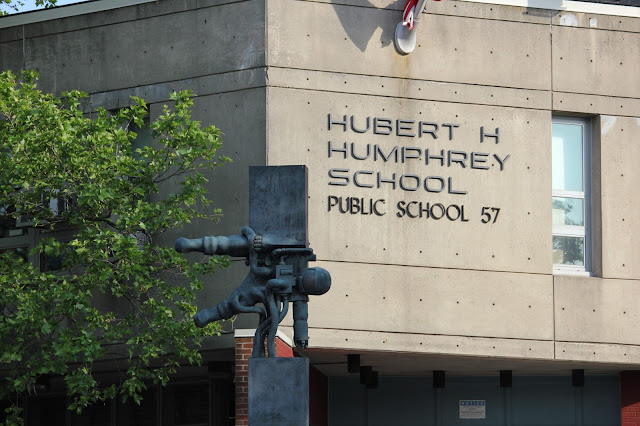 The very cool astronaut statue sits outside PS 57 over in Park Hill at the junction of Park Hill Avenue and Palma Drive.  If you're not sure where that is it's a block east of the homedepot, just beyond the Lopez Playground.
I can't figure out exactly why there's an astronaut outside a school named for a vice president not seemingly known for a lot of involvement in the space program.  I might be wrong and I'm always looking for corrections.  If you know something let me know.

So, Rey Garcia wins, by default.  He said intermediate school and it's not, but it's good enough for this site.