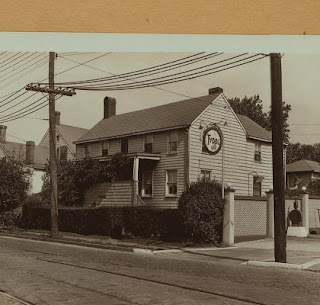 1280 Richmond Terrace, 1931
This simple and attractive house sits on the sharp bend in Richmond Terrace at the foot of Pelton Avenue.  The lot in the right of the picture has over the years been used as storage for bundles of wood as well as heavy equipment.  Once, though, it was a gas station, specifically a "Tydol" station.  I'd never heard of it so of course I looked it up.  Click on the link and you can learn about it too.  Then you'll have that going for you. 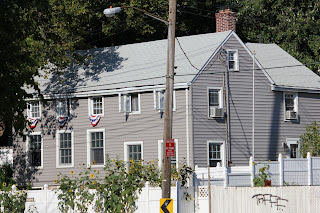 Same house, today
The house, sans porch, doesn't otherwise look all that changed.  A fence has replaced the hedges, though with the increased traffic on the Terrace that would seem to be sensible.  The trees now tower over the house and the Captain's House behind it is hid from view.
Posted by The Wasp at Thursday, September 22, 2011 4 comments: Links to this post

A Mansion in West New Brighton 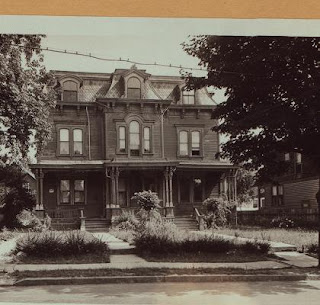 618 Delafield Avenue, July, 1932
Described as a mansion on the NYPL site, this once ornate home sits on Delafield Avenue near Clove Road.  Like so many beautiful older houses it has suffered the fate of being sided and stripped of all its unique touches.  The shutters, original columns and corbels have all been lost to time.  Still, there's hope the inside has been preserved. 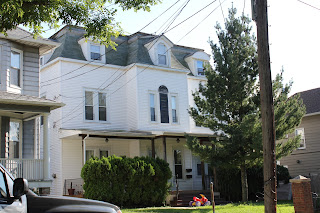 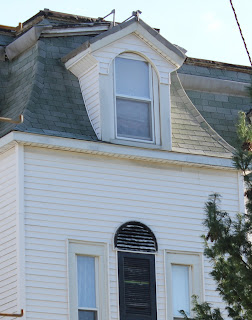 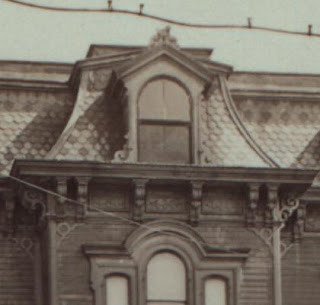 Details of central roof section
Posted by The Wasp at Tuesday, September 20, 2011 2 comments: Links to this post

For those in the know, this blog's Staten Island focus started with big ideas regarding something I called "the Church Project".  I was going to document and get photos and histories for all the older churches on the North Shore.  Never happened.  Still, it's something that lurks in the back of my head and surfaces from time to time.  Here's something I'm calling "Small Churches - part 1".

Not far from my house are two little churches, one with an interesting cultural history and the other with an interesting congregational history.
I knew that Jersey Street once had Italians, Chinese, Jews and Germans.  I didn't know it also Norwegians.  This little church on Hendricks Avenue right off of Jersey Street was, according to Leng and Davis, originally the St. Olaf Norwegian Church.  Who knew?


This small church, located near the end of Van Duzer Street where it meets Bay Street, is only from 1940 or so but had a significantly longer history.  This past spring they celebrated their 115th anniversary and had their stretch of the street named in honor of Bishop C. Asapansa Johnson. 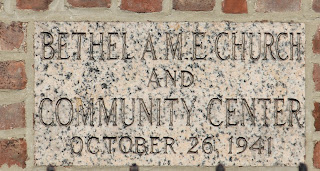 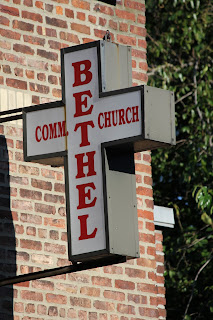 In the 40s the church became independent from the denomination under the leadership of its pastor, Rev. Coma Asapansa Johnson.  I've learned a little about him and he appears and interesting figure.
He came to the US from Sierra Leone and was the first black chaplain in the FDNY.  I also know my sister's 8th grade teacher at the late Trinity Lutheran School was named after him.

Someday I'd love to see history of all the strands of African-American history on the Island.  One can only hope.
Posted by The Wasp at Sunday, September 18, 2011 No comments: Links to this post

One of the games I play (in my head) is deciding whether or not a particular house might be haunted.  Sometimes it's an easier call to make than others.  This one - no question - haunted.  It even had a cat sitting guard on the front porch.


The house is on Townsend Street, part of a once beautiful section of Clifton with many large, stately homes.  They once existed in the shadow of the Vanderbilt estate.
Today, like South Avenue in Mariners' Harbor, many of the larger homes have been demolished and replaced with rows of fairly ugly townhouses.
Posted by The Wasp at Thursday, September 15, 2011 No comments: Links to this post


So we (the luminous Mrs. V. and I) bought a decent Canon camera this summer and I intend to use it to revitalize this site and help out those folks suffering from slowness with the google street views.  These are just some shots of attractive details from my immediate neighborhood.  There's probably a way to tell what firm made which corbel but it's presently beyond me.  If you know anything let me know something. 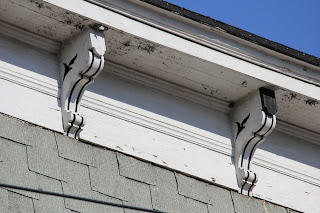 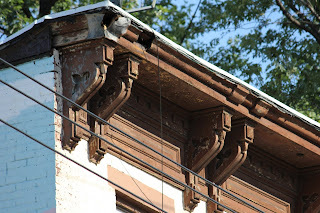 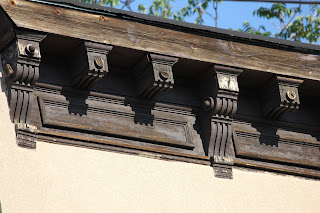 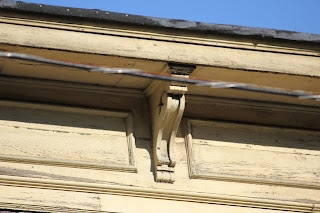 So there you go, folks.  A return of Ape Shall Not Kill Ape and some pleasant decorative architecture from the Hamilton Park area.
Posted by The Wasp at Thursday, September 01, 2011 3 comments: Links to this post