Look to the Hills

Perhaps you've noticed that the North Shore of my beloved Staten Island is littered with hills? Well it is.

Once they were all refuges for wealthier seeking insulation from the rest of us. Elevation lifted them away and above us. In that time great mansions covered many of those hills (see the Ben Braw pictures). Later, meaner times lead to the demolition of those manorial estates and the subdivision of their property as is seen in the differences between the map of the C. A. Low Estate and the photo of the same place twenty-five years later.

Pavillion Hill - 1933 - Taken from a vantage near the public restroom at Tompkinsville Square (where all the junkies hung about when I was younger). 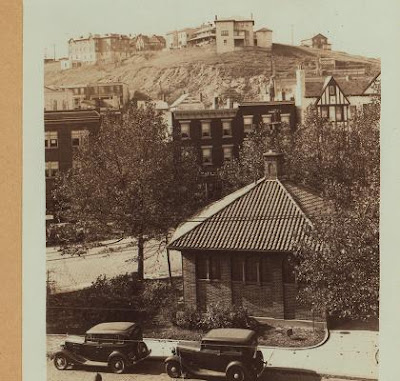 Map of Pavillion Hill - 1917 - Note the ownership by the Pavillion Hill Corp. and the subdivision of the property into the lots that exist to this day. 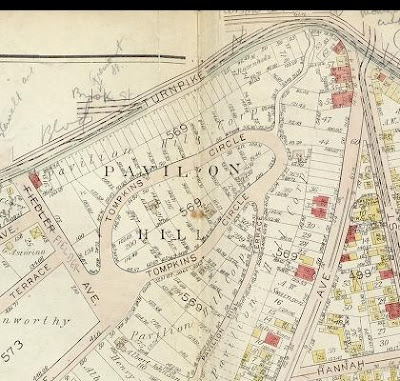 Ben Braw - 1935 - This magnificent house is one of the few remaining great estates from Staten Island's Gilded Age homes (I think I've ranted about this once or twice before). Today the view of it from Murray Hulbert Street is obscured by the elevated SI Rapid Transit tracks, buildings and three quarters of a century of plant growth. 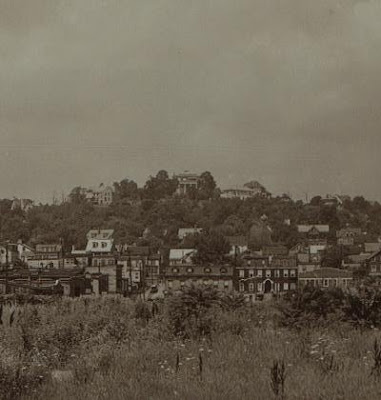 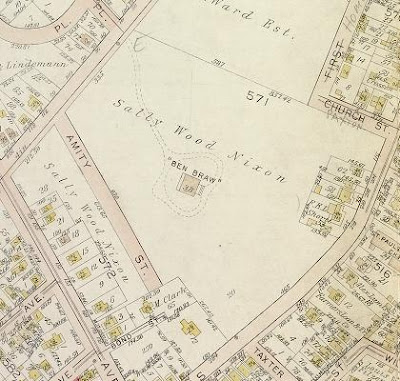 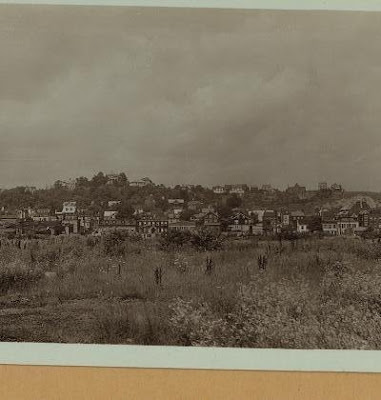 Fort Hill Circle - 1933 - From York Avenue - The large brick building with the gables in the picture's center is on the corner of Crescent and Westervelt. The white apartments at the top left is the Ambassador and the first home of the luminous Mrs. V. 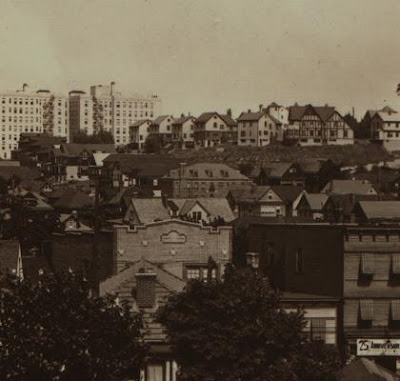 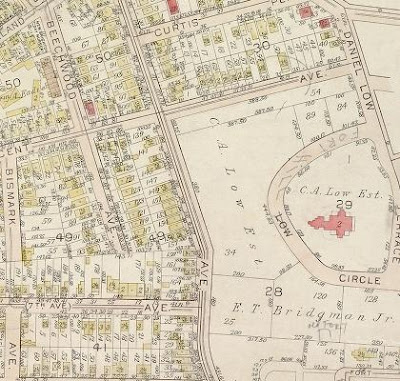