This is my favorite stretch of recreated Jersey Street I've done to date. The reason is the looming presence of St. Stanislaus looking down from York Avenue in many of the shots. Today, blocked by the line of trees and brush that fills the lots these buildings once occupied, the church is barely visible from Jersey Street level. Once, though, it was a major element of the local skyline and a reminded of the Church as part of everyday life. 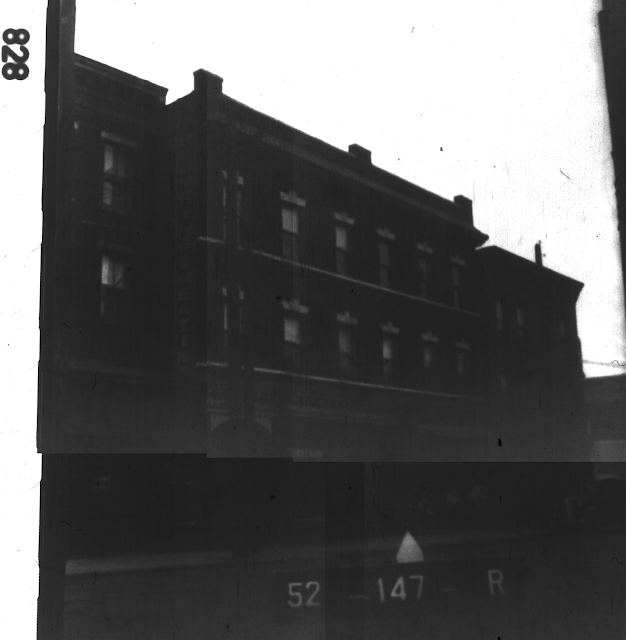 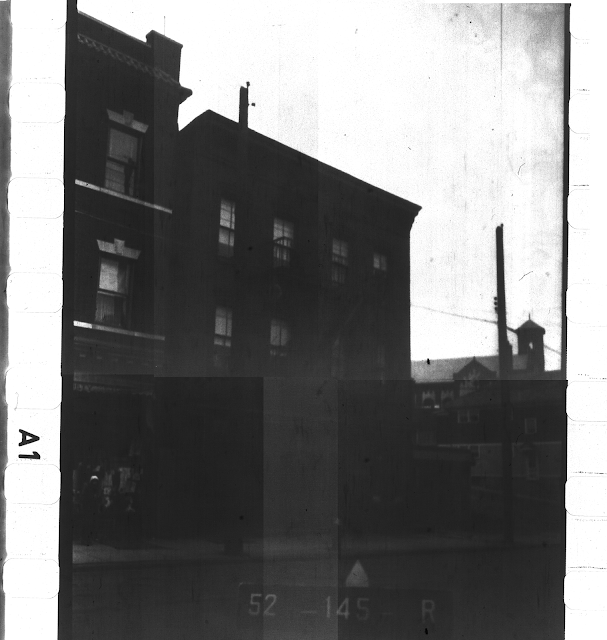 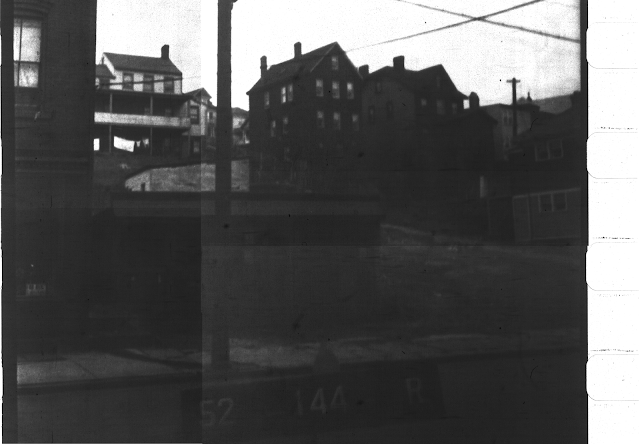 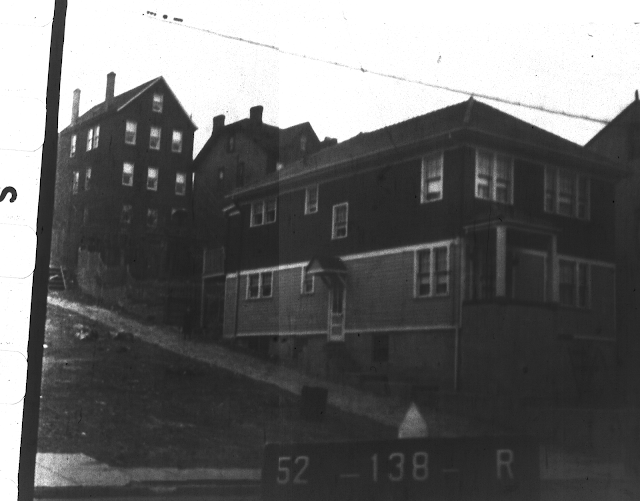 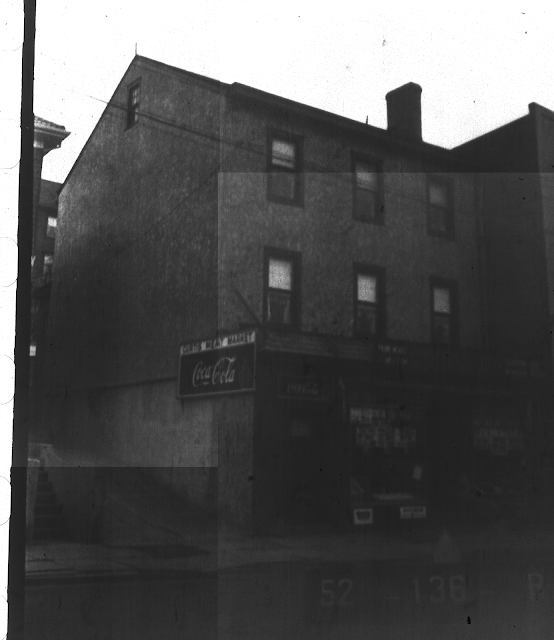 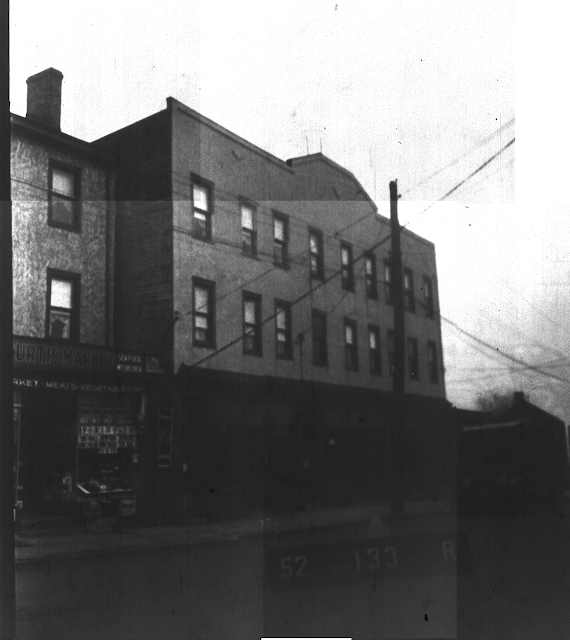 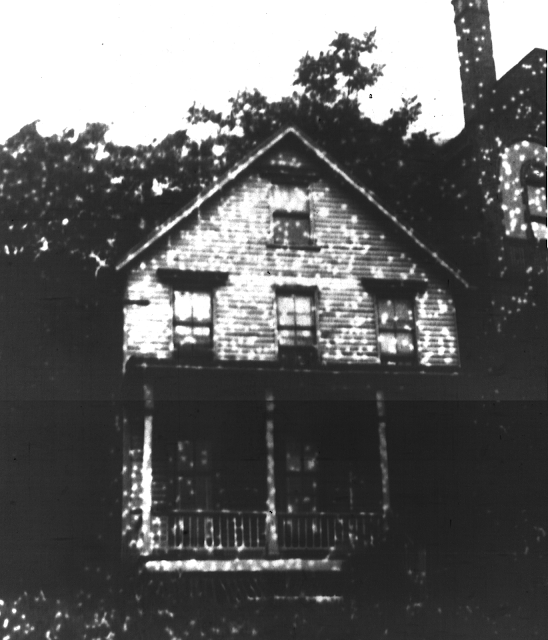 When I first copied and pieced together this shot I wasn't completely sure it was the right one. As you can see, it isn't labeled like the rest. I don't know why, but many of the photos are in a general sort of catch-all file. There's a code on the master list telling which picture is supposed to be which, but still, this didn't look right. I had collected this shot first so I didn't recognize the structure in the upper right corner for what it is, St. Stanislaus.

It seems funny to find detached homes in what seems like such a urban area as Jersey Street, but I think I understand what was going on. I think Jersey Street was originally lined with such buildings on decent-sized lots. As the years went on and the development accelerated, several would be torn down and replaced with the multi-story mixed residential and commercial buildings featured in most of these pictures. This particular house appears on the 1874 map. 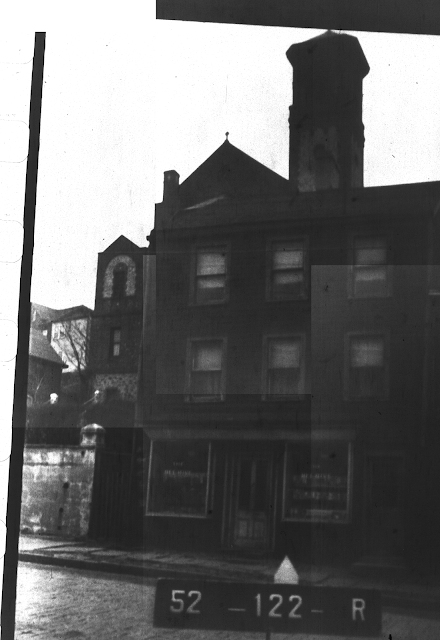 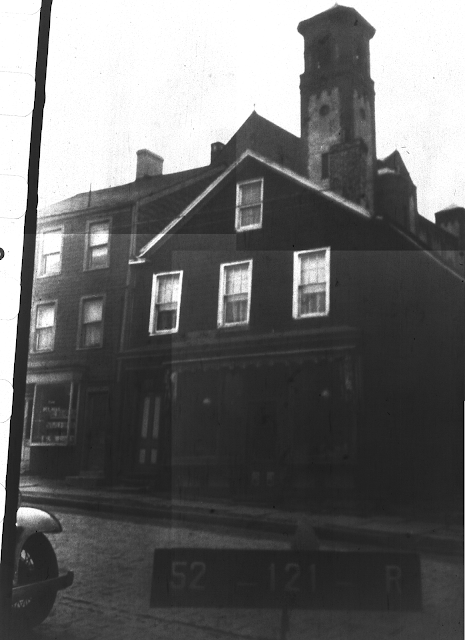 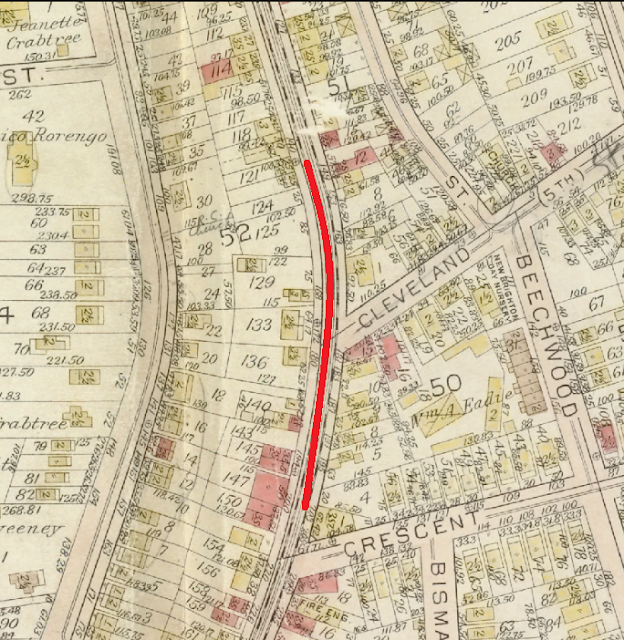 
Regular readers have read me gripe about what I consider the heartlessness of the city planners who ripped down neighborhoods like this part of New Brighton in order to replace it with overcrowded housing projects in the name of urban renewal. I believe this shot, better than many others I've presented, prove my case. All those buildings above were destroyed sixty years ago and since then all that's there is a garbage-strewned and fenced off lot. It's both ugly and cut off from public access. What was the point of that? I'd be surprised to hear a good one suggested.