Somehow I've never posted pictures of this Golden Age remnant before now.  The Gardiner-Tyler House was built in 1837 (according to an article in the NY Times {paywall}).  I figure it's a nice way to try to get back to posting.  I've been occupied with my swords & sorcery blog and getting things done around the house.  I'd like to see this blog moving along again so here's hoping. From 1868 to 1874, Juliana Tyler, the widow of President John Tyler, lived in that house.  According to the NY Times article, her daughter, also Juliana, lived there during the Civil War and advocated for the South.  The Times seemed surprised but I recall reading before that Staten Island was a hotbed of Southern sympathy during the war. Once the house stood at the center of a large estate.  Over time it was whittled away leaving it crowded in and cramped. 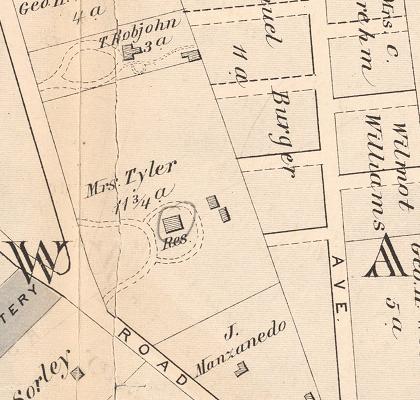 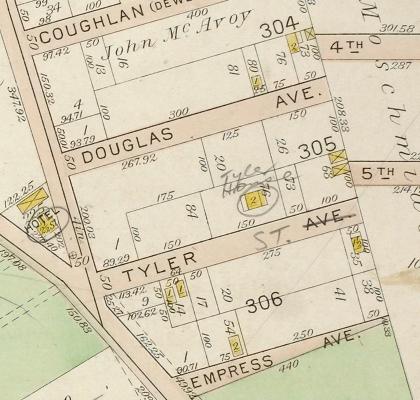 By 1935 there's residential development going on all over the place.  The Gardiner-Tyler House's lot has been subdivided. 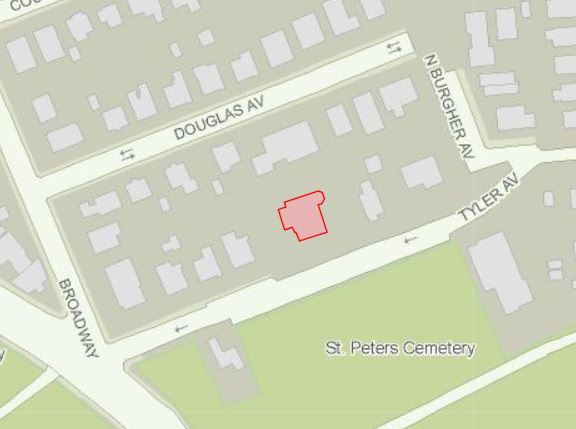 Today the open spaces are gone.  Unless you count the expansion of St. Peters Cemetery.  I mean it's kind of open I guess.

Posted by The Wasp at Wednesday, August 28, 2013 No comments: Links to this post