In response to a request from Peter M., I did a little research on the British Revolutionary War-era forts here on Staten Island. He's particularly interested in the one near Latourette Golf Course, having looked for it as a kid. So here goes.

First, there's actually a Wikipedia article on the Latourette fort. Called Lookout Place or Fort Izard, it wasn't really a fort, just an earthen rampart about 44 square feet. It was built to look over a freshwater stream, and I imagine would have had a nice clear view toward New Jersey and any colonial intruders.

During the Battle of Staten Island, based on the map on Wikipedia, it seems like Gen. Smallwood's retreat from his initial landing point at Decker's Ferry (Port Richmond), to Old Blazing Star (Rossville), took him along the same stream and under the observation of the British fort.

For those who don't know, the Battle of Staten Island, was a raid led by Gen. John Sullivan against a mixed force of British regulars, Hessians, and colonial militia. His goal was to bag a bunch of prisoners and destroy supplies. Poor coordination, faulty directions, and general confusion led to the Americans losing more prisoners to the enemy than they captured themselves. Sullivan was later court martialed for his handling of the battle, but was cleared. 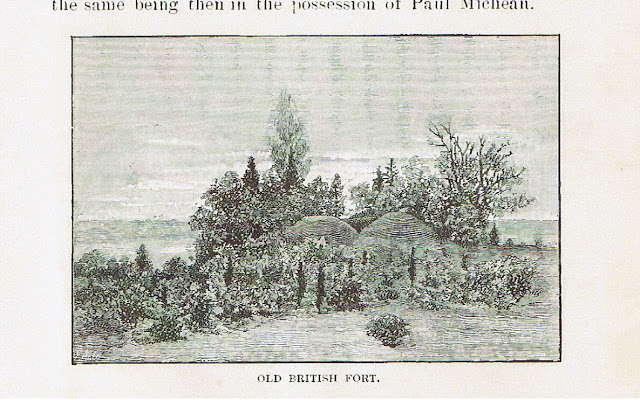 Supposedly, the remnants of the embrasure could be seen at least until the end of the 19th century. I'm planning an expedition to the spot later this summer, so I'll let you know what I can actually see. This map shows the location of the fort in relation to Richmondtown. 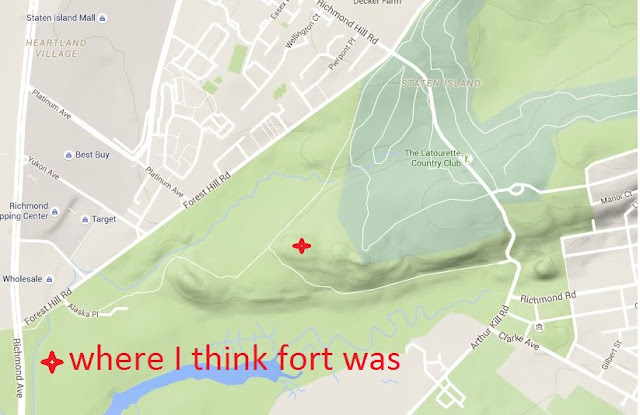 This is from the hand-written and unpublished book by Dr.William Gamble. I'm assuming he was attached to the British forces occupying Staten Island, but I'm not sure. The book, which I actually got to look through, is filled with odds and ends, including puzzles, and lists of Royal Navy ships by name and rating. Regarding the Latourette fort, Gamble's contribution is this map below showing the location of every redoubt (or "ridout" as he spells it) on the Island in 1781. The Latourette position is listed as point a, the Richmond ridout. 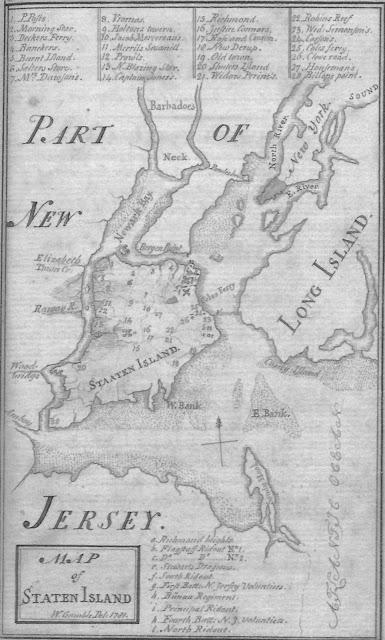