Rosebank - A Place I Don't Know 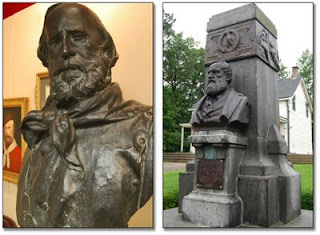 When I was young, every Thursday night, my grandfather would take my mom and my aunt grocery shopping at the A&P in Rosebank. It was one of the biggest supermarkets on the North Shore at the time and my grandfather knew people working in the butcher shop. And that was about the extent of my interaction with the neighborhood.

The only other thing I knew was that it was Italian, and pre-bridge non-Brooklyn Italian at that. Giuseppe Garibaldi had lived there in 1850-1851 and his house was preserved as a museum.

Rosebank had a bad reputation as being a very insular and somewhat racist neighborhood. In 1988 a young black man named Derek A. Tyrus was hit and killed by a car while being chased by a gang of white guys. But that's 23 years ago.

It wasn't until I went to work for the Police Athletic League in 1995 and started driving all over the Island that I started becoming familiar with Rosebank. When I went to work for City Hall in the late 90's I really got to discover the neighborhood in greater detail and it's an easy place to love. There are quiet, tree lined streets, odd, little twisting back streets and large, commercial strips. Many beautiful older homes survive and their are three churches, elevated train tracks and old factory complexes, all side by side.

Today it's a much more integrated place. There has been a lot of commercial development along Bay Street and many of the beautiful older homes on Rosebank's sidestreets have been demolished and filled with the usual array of Staten Island attached nightmares.

So, here goes. In an effort to learn a little more about the place myself and for your edification I'm dedicating the next series of posts to Rosebank 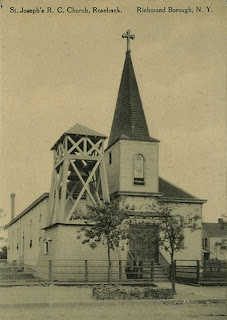