I've seen this post card for years now but I never took the ten minutes or so to figure out exactly where these two house were. I just did and happily learned they're still there and in pretty good shape. 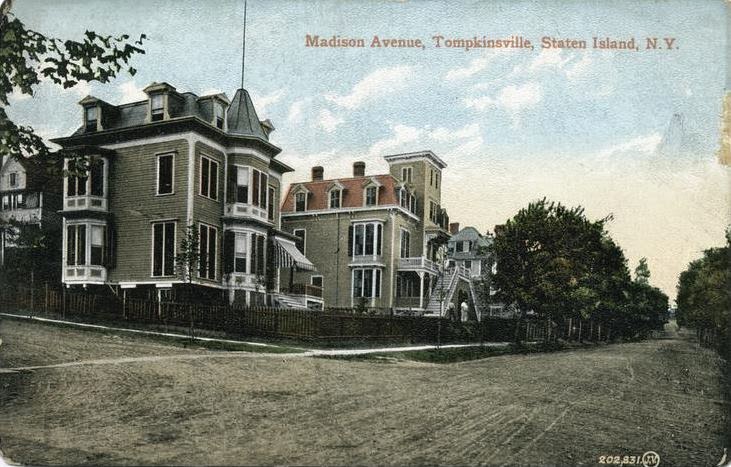 The house on the left appears to have been very well preserved and kept looking very close to how it appeared when it was first built.

The house on the right, while still very nice, has been changed a lot. The central tower has been chopped down and the front exterior staircase removed. The two porches have been enclosed and covered with inappropriate looking tile roofing. It's also been covered with terrible mark of modernity, siding.

On the other hand, the simple wooden fence in the postcard has been replaced with a very attractive stone wall. So it's got that going for it.
Posted by The Wasp at Tuesday, May 06, 2014