The other day I spent a couple of hours trying to track down any pictures of the hilltop mansions from Staten Island's past. I didn't have much luck. The microfilm spool for Jones Woods was overexposed and the poorly labeled. There was no shot of Chester Clark's Hill Top on the hill bounded by Cebra and Ward (and the one I really wanted because I grew up on Cebra and wandered around the old driveway and bits of its foundation).

But I did find a lousy picture of a second house that stood on the same hill as Clark's house. Its address was 192 Ward Avenue and it was owned by Berthold Ludwig.

I don't know when either of the buildings were destroyed. The story I heard as a kid was that there had been a fire, but we also only heard about one house up on the hill, not two. If you know anything, please, let me know. Some day the Advance will digitize its collection and make itself useful to amateur sleuths like me, but till the day I must rely on the memories of strangers. 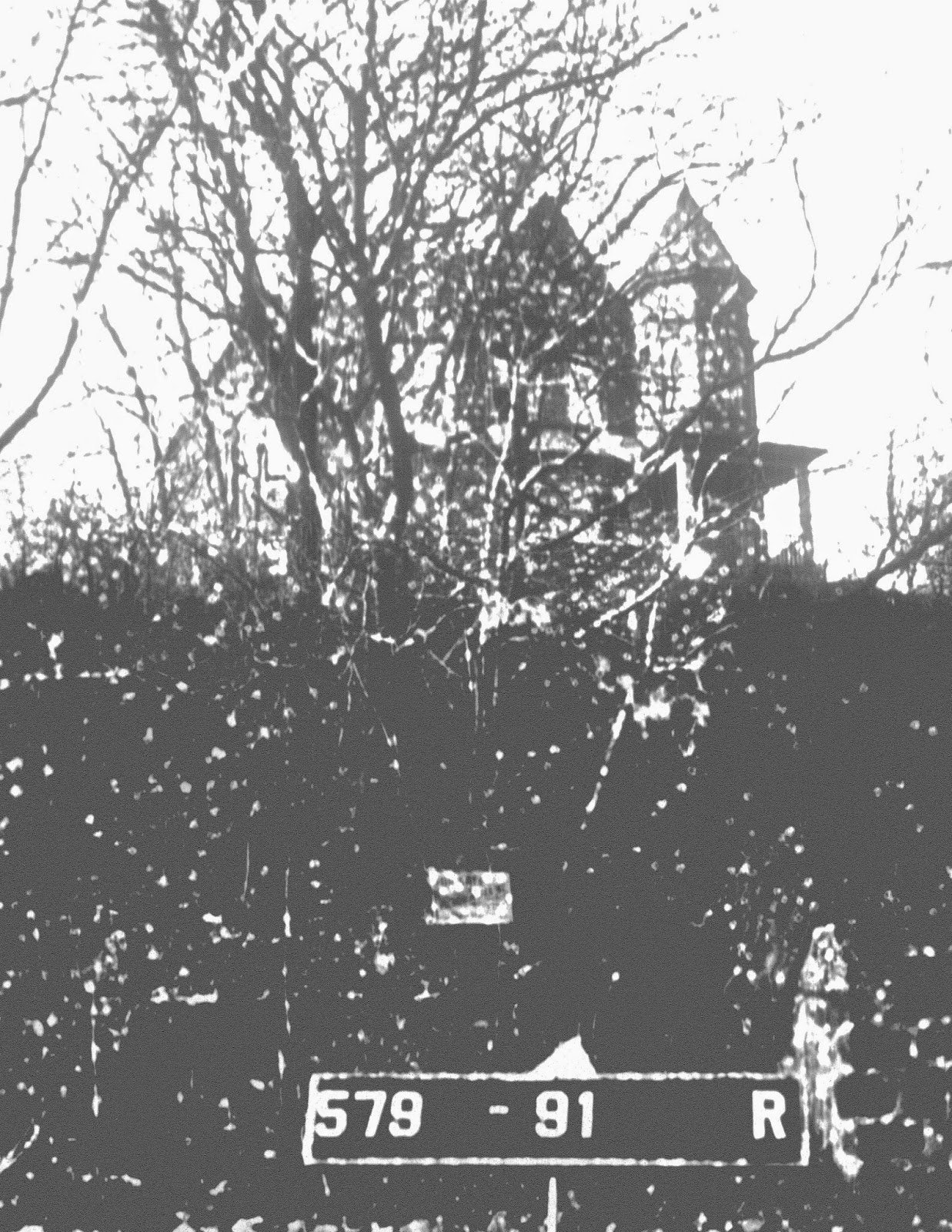 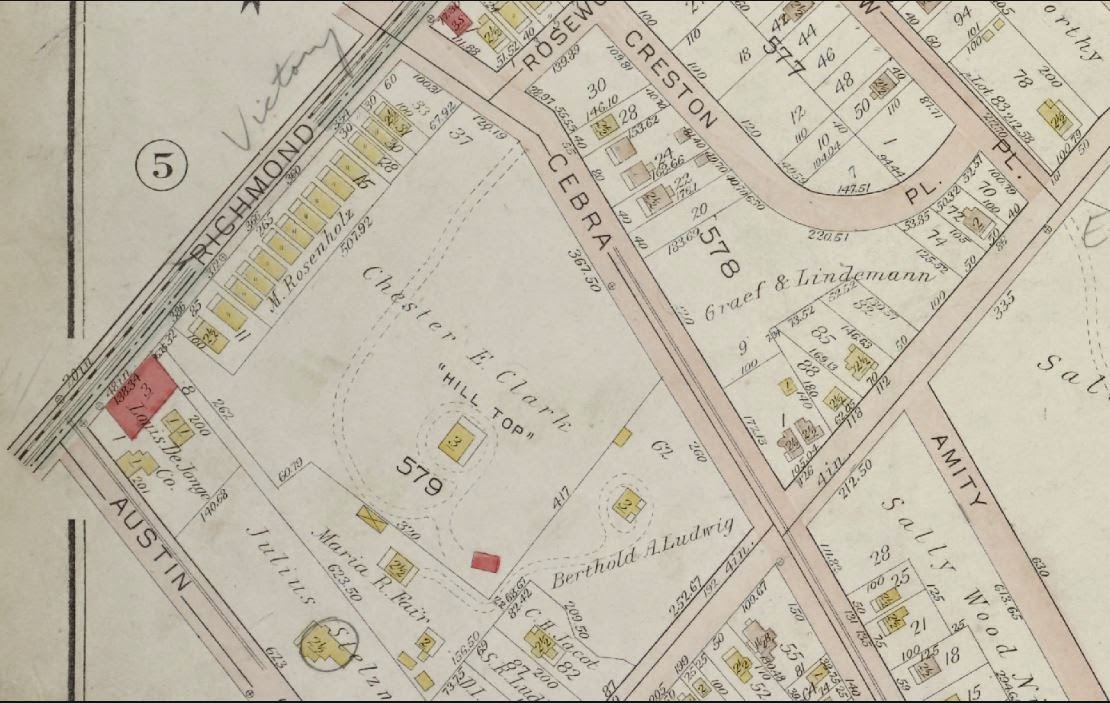 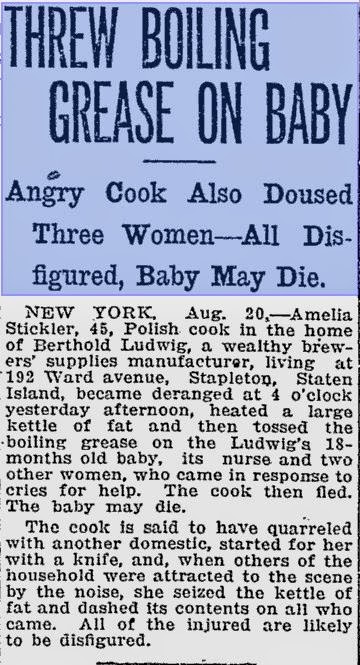 Article from The Day, a New London, Conn. newspaper. For some reasoned it carried this story of the terrible events of that day 102 years ago. Now, that spot, once the home of a wealth chemist is covered over by ugly townhouses. Nothing, save a map and bad photo are readily available. Perhaps ghosts of memories of those events linger on in the families effected by this outburst of rage. Berthold Ludwig had three sons. Who knows how many servants lived in the house. And maybe no one remembers this at all. Even if they were teenagers, the people burned are probably long, long gone.

It's no great insight, but things like this happen all the time, all around us. They seem so big, so important at the time. And then, twenty, fifty, a hundred years later, they are little more than a clipping from an old newspaper.

I am new to this group but have always liked what has been posted. I have a related question to the Old Hilltop Homes. Does anyone know of, or have ANY pictures of the Jones Mansion that once stood at the top of Jones' Woods????? Would love to see what it looked like. Thanks,
Suzanne Martin NB

No, nope, nein. No matter where I've hunted, I haven't been able to track down a photo yet. I still hold out hope as I haven't gone into the SI Museum archives or the Historical Society's either. Suffice it to say, if I find a picture I will surely post it asap.