Once upon a time, the Episcopalian Church was the denomination of America's elite. Eleven of our forty five presidents were Episcopalians. Today, with under 2 million members, it's a dwindling church, like most mainline Protestant churches. The whys and wherefores of that are a conversation for a place other than this site.

What matters here are the gorgeous houses of worship raised by the Episcopalian Church. Once upon a time, when it was wealthy and filled with people willing to dedicate that wealth to such construction, it raised some of the most beautiful buildings to ever grace Staten Island, something for which we should all be grateful.

So, let's start with one of the lost churches of the Island. They're not really lost, but instead moved or destroyed.

Church of the Ascension

Built as an offshoot of Trinity Church in Manhattan, the Church of the Ascension was established 1802 on a small hill overlooking the Kill Van Kull. Situated on Richmond Terrace between Alaska Street and Tompkins Court, in the 1920s area industrialized, and the congregation decided to move the building to Kingsley Avenue near Clove Lakes. The 1929 Crash made this impossible, and the original church was left behind. You can see a FOR SALE sign in the picture below (1939 or 1940). 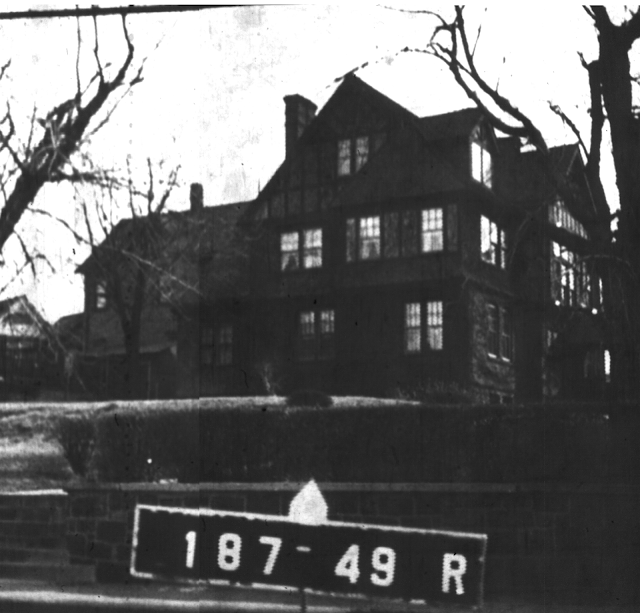 Church of the Ascension Parsonage - Richmond Terrace and Van Street 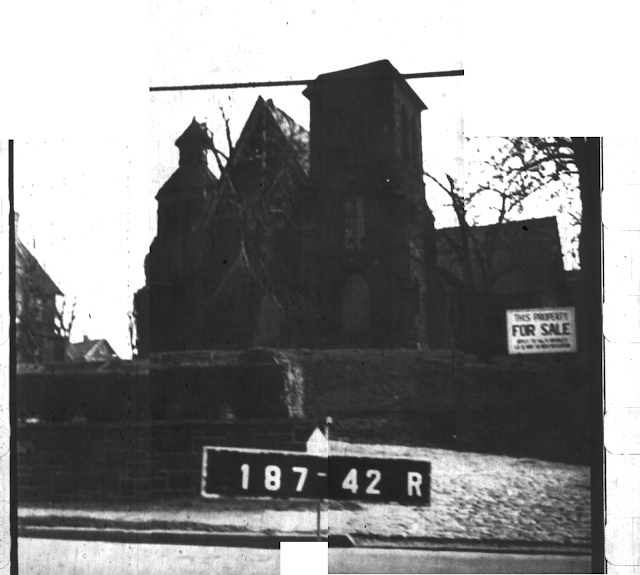 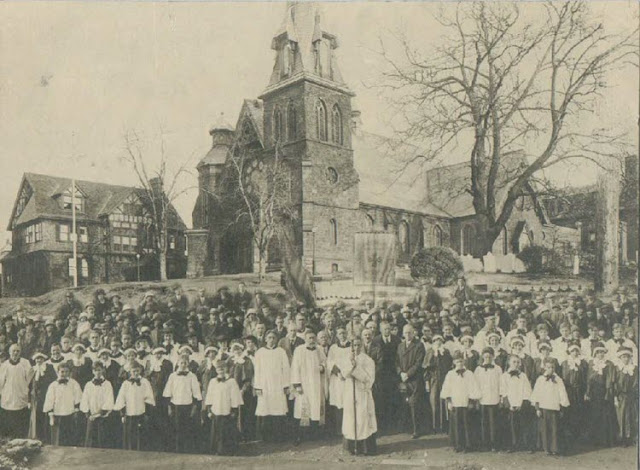 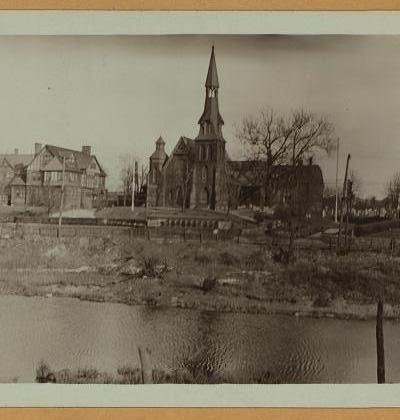 Church of the Ascension in all its steepled-glory - 1930

The present Church of the Ascension is a small, brick building tucked away in a lovely section of Castleton Corners. 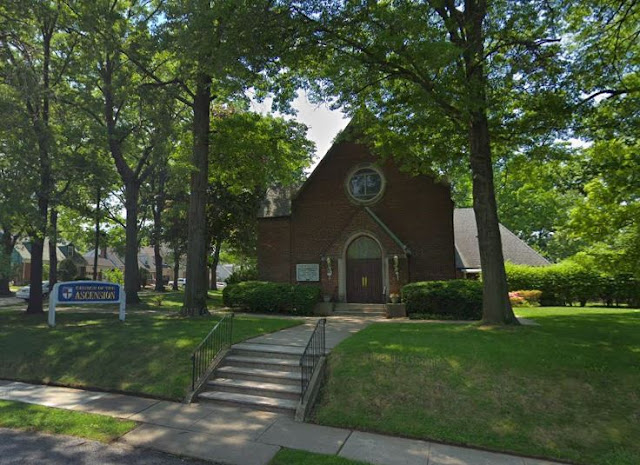 All Saints Episcopal Church
This church began as a Sunday school (for adults), in 1889. It gradually evolved into a full church and moved around to various locations in Mariners Harbor before buying a plot of land on the corner of Richmond Terrace and Van Name Avenue. In 1909, they acquired the Floating Church of Our Saviour, previously operated by the Seamen's Institute out in New York harbor. Go to this page to see a series of pictures of building at sea and on land.

It was docked at the foot of Van Name and in 1914 was moved to solid ground. In 1959, it burned down. The congregation, its cost not fully covered by insurance, bought new property on Wooley Avenue and Victory Boulevard and built the present church. 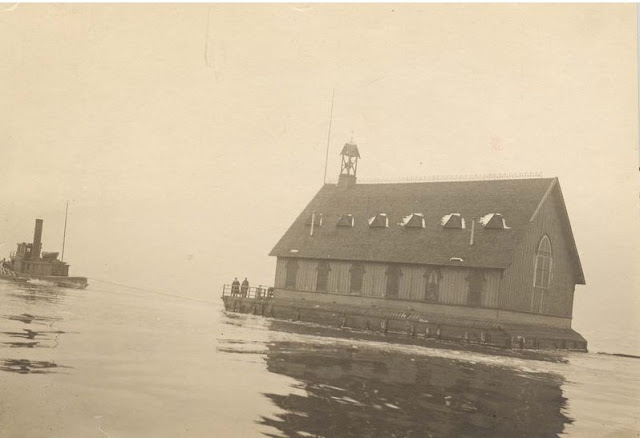 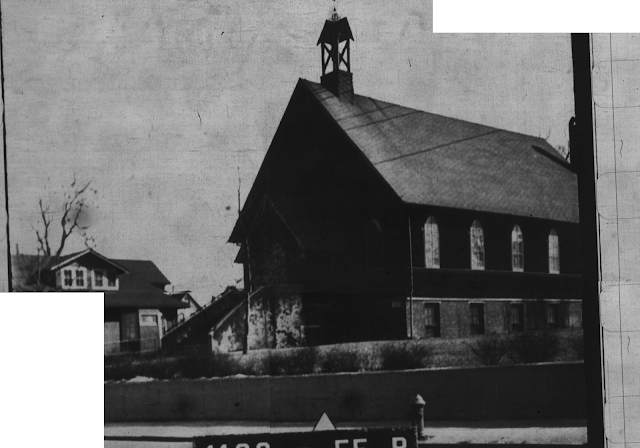 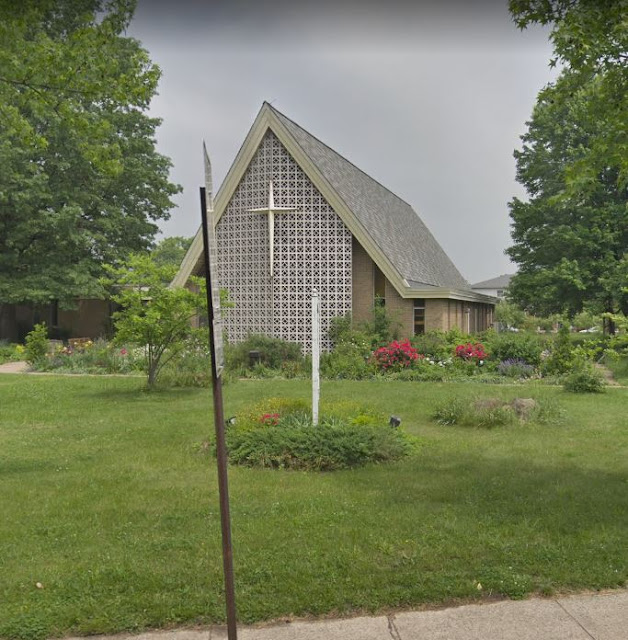 Interesting comment regarding “high church”... Years ago, Episcopal churches defined as “high” were considered more “Catholic” vs. “low” considered more Anglican or Protestant. “catholic” (note lower case “c”) as mentioned in the Aposole’s Creed was defined as “universal”.
It was in the mid ‘80s, the rules changed and Rite II. (Closer to a tradional mass) replaced the classic Rite I.

I grew up in Trinity Lutheran, a very 'high' Lutheran church. Once, I met some folks from Zion Lutheran, and when I told them where I was from, they asked when Trinity would start swinging incense during their services.