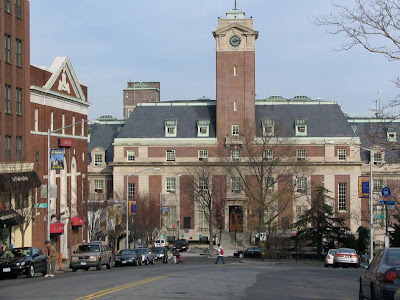 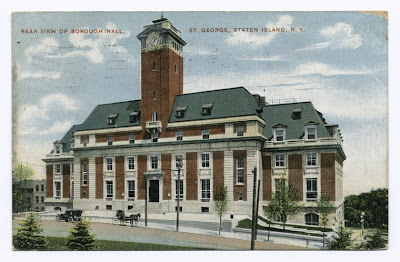 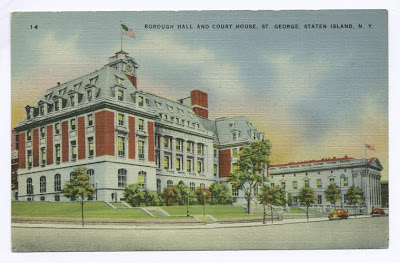 Whatever one might think of the job of borough president (I think as the only borough wide elected city official I think, even shorn of power, it's they're valuable representatives for the boroughs), Staten Island's has one beautiful borough hall to work out of. It was designed John Carrere and Thomas Hasting, and is one of the finest works of municipal architecture in a city filled with beautiful municipal constructions. Borough Hall and the nearby courthouse, along with the long ago burned down ferry terminal, were the three completed elements of a planned mall along Richmond Terrace. It would have also included a federal building, a post office and a museum. Still, they did design the St. George Library. Sadly it's been destroyed as a good library on the inside but it remains a striking element of the St. George skyline. 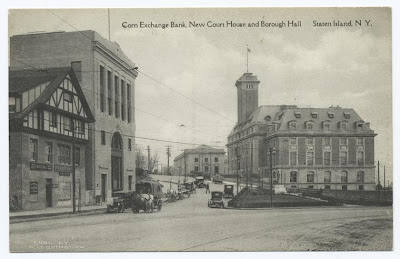 The center building was originally the Corn Exchange. When I was little it was the Chemical Bank branch my parents used when we lived on Stuyvesant Place before moving to Stapleton. It had a huge numeric clock made of lightbulbs on its roof that you'd watch coming in on the ferry.
Posted by The Wasp at Thursday, October 22, 2009