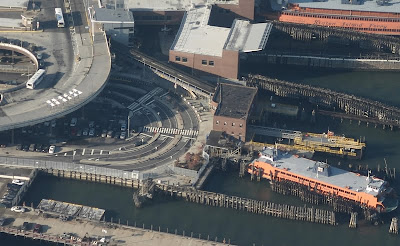 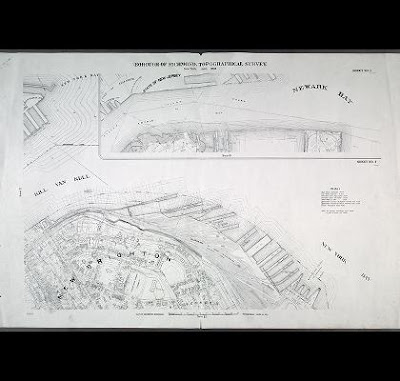 The Staten Island Ferry has its roots in private sailing vessels used to connect the island to the rest of the region going back to colonial days. In the early 19th century, Daniel Tompkins established the Richmond Turnpike Company in a effort to develop the town of Tompkinsville on the North Shore of Staten Island. He started a commercial service that later introduced the first motorized steam ship in 1817. This line was later bought by Cornelius Vanderbilt. Eventually he sold his ferry service to his brother and finally it ended up in the hands of the B & O Railroad. Following a major disaster when the ferry Westfield exploded in 1871 (killing nearly 100) and the Northfield being sunk in 1901 (with 5 dead) the city seized control of the Staten Island Ferry system.

Since the city took over it's been nothing but unicorns and butterflies. Well, not really. There have been collisions, seawall rammings, and, most notably, the 2003 dock collision that left eleven dead, and crippling several. Miraculously, though the pilot went to jail but the captain, though responsible, escaped jail time, essentially because the Dept. of Transportation had never enforced its own guidelines about how a ferry should be crewed during docking. As usual with the Bloomberg administration, no real high ranking employees of the department responsible for the ferry's mismanagement were even disciplined (see FDNY and the Deutsche Bank fire).

As a Staten Islander the ferry has been a major part of my life since I was very small. Only in the past seven years have I stopped riding it with any sort of regularity. Before that, like tens of thousands of other Islanders, I rode it ten to twelve times a week. It formed a crucial part of my memories of childhood trips to museums, plays and shopping trips. As I grew up it became part of my daily school and work trips.

The new terminal, stark and silvery stands in tremendous contrast to the ugly functional industrial style terminal I grew up with and in even greater contrast to the beautiful and ornate one built by Carrere and Hastings. That one burned down in 1946.

From the pictures I've been able to obtain it was clearly beautiful. I sort of wish my memories were of that lost edifice instead of the ugly, bolt covered thing that too often reeked of urine and pigeon droppings. 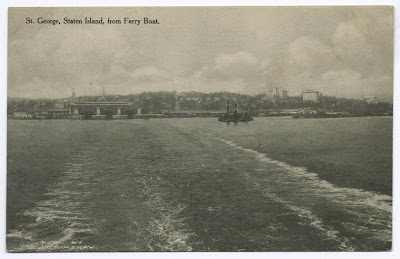 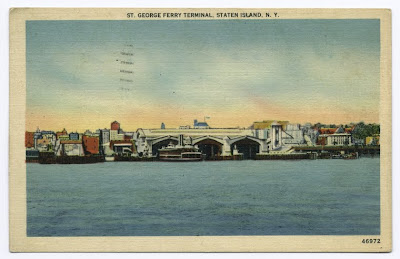 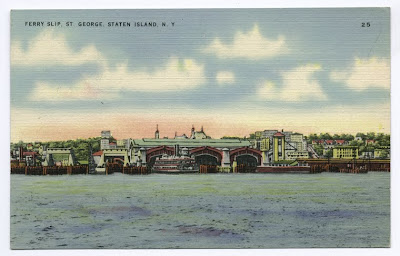