Along the way doing research for this site I've come across several pictures of "lost churches". These are the ones no longer in existence or changed over to some utterly secular undertaking. Two of the most eye catching were the original Our Savior Lutheran on Nicholas and Hatfield in Port Richmond and the original Episcopal Church of the Ascension in West Brighton.

Church of the Ascension - After only having a picture for some months, the NYPL Digital Library site added a page describing exactly where this church had been. Taking that information and the existing landscape I was able to determine its original site. 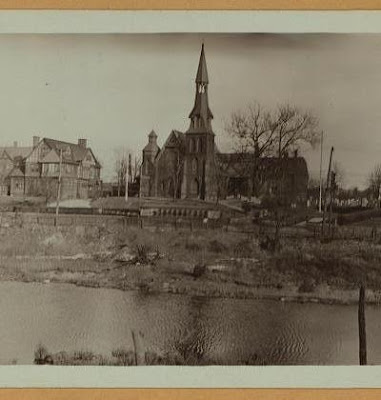 Our Savior Lutheran - I just assumed that this pretty little church had been torn down for housing after the congregation built its sleek modern building on Forest and Bard Avenues. Driving home down Nicholas Avenue I suddenly realized that this is not the case. The Moose Lodge, modified, is the old church. It's lost its steeple and ugly siding has covered the old wooden shingle but it's still detecable under the changes. 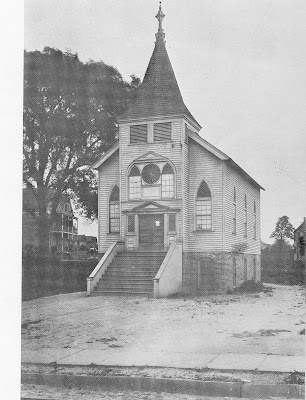 View Larger Map
Posted by The Wasp at Tuesday, November 11, 2008