Theaters of the North Shore

View Larger Map
This is where I saw Battle for the Planet of the Apes, The Land that Time Forgot, midway and later the Ramones and Squeeze.


Here are the readily available (meaning from my work computer), at this time, pictures of some of the remaining theaters and movie palaces from the North Shore's past. When I was little (too little for my polite parents to consider bringing to the movies, unlike today where you might find infants in a slasher flick's audience) the Port Richmond theaters were still operating. One, the Ritz, which I'll get pictures up of later, had become a decent concert venue and hosted the Kinks and Jethro Tull (both very, very cool in my admittedly uncool book). By the early seventies only the Paramount and the St. George remained. 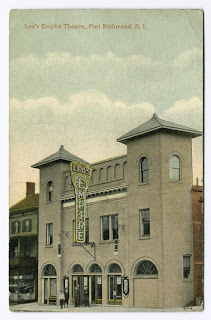 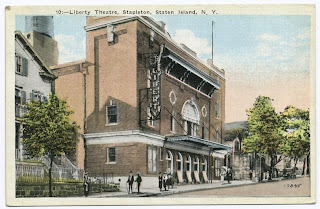 
The St. George Theater later a concert venue then a failed revival house and now a seemingly successful live theater